This is an archive of a consumer complaint published against Dr. Kruse Shelly at DirtyScam.com-

When I moved to Clovis I asked some friends where I should go to find a new doctor, and the North-West medical group is what was recommended.Though this was not Dr. Kruse Shelly my friends family sees, this is who I was given when I called.By far the WORST doctor I have EVER come in contact with my entire life.She is rude, impatient, unprofessional and completely irrational.She argued with me about my own medical condition that I have had for 7 years now, telling me I had no idea what I was talking about when I have previously seen a specialist.She tried to prevent me from getting a surgery and would not sign off the paper work needed to have it because she felt I was not a candidate.She also once told me I was infertile, and sent me to see another doctor costing me a ton of money and in the end she was incorrect.To top it off, another friend of mine had gone in to see her and when she was asking for pain medication.Dr. Kruse COULD NOT prescribe it. What kind of doctor can not prescribe pain medication? Seems like she has gotten her narcotics license revoked. Red flag!The front desk attendants are rude and unprofessional as well.They would much rather keep to their own conversations than assist you or answer the phone.Many times I have been on hold for over 30 minuets and a few times I have been hung up on, while on hold.Getting an appointment is nearly impossible unless you want to wait for a few weeks as well.This woman should not be practicing, she is horrible and I have written a formal complaint. DO NOT SEE HER! 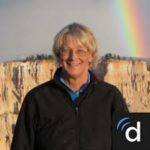