This is an archive of a consumer complaint published against Dr. Liu Anna at DirtyScam.com-

Dr. Liu Anna should lose her license. She is basically just a drug dealer. She hands out opioid pain medication like candy.She got both my parents (in their 70s) addicted to the stuff and one wound up in the emergency room, then the ICU when he overdosed by accident.She also prescribed THREE different mood stabilizers at the same time for my momwho was also taking the opioid pain killers Dr. Liu prescribed.My mom began having Parkinsons-like symptoms beginning over a year and a half ago.Eventually she went to a Parkinsons specialist at UC Irvine who discovered that my mom was suffering from Serotonin Syndrome.The symptoms mimic Parkinsons symptoms and are caused by taking TOO MANY MOOD medications at the same time.Dr. Liu NEVER clued into this even though SHE PRESCRIBED THEM and saw my mother regularly.Dr. Lius negligence and recklessness CAUSED many of my parents health problems, rather than helping them.For your own safety and that of your family membersDO NOT GO TO THIS DOCTOR.Unless you want opioids. Then, I guess, shes youre gal. Ugh.How does this happen!? ?? 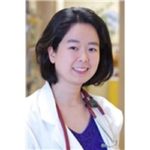