This is an archive of a consumer complaint published against Dr. Marc Cruciger at DirtyScam.com-

Ive been putting off writing this review for several years, because I personally like Dr. Marc Cruciger so much, but as I sit here with yet another bout of truly excruciating post-herpetic neuralgia, legally blind in one eye, I feel I need to share my experience.Several years ago I developed shingles in my eye. Granted, it was not a classic presentation in that I didnt have sores all over half my face.I had just a sore at the root of my nose, and another on my eyelid. Quite painful though.Dr. Cruciger kindly got me in the same day I called, a Wednesday, which I appreciated.He diagnosed a bacterial stye and gave me antibiotic eye ointment.He did not check my eye pressure. I expressed concern about the pain and also concern that my vision was very poor in that eye, but he did not seem concerned.Two days later my vision had worsened to the point that I could barely see out of the eye.By then it was Friday and Dr. Cruciger was not in the office, so I went to see his on-call doc, Dr. Hirabayashi.He checked the pressure in my eye and found it dangerously elevated to 44, and immediately gave me medication to reduce the pressure.I asked repeatedly what could possibly be causing such elevated pressure and he said it was “idiopathic, meaning no known cause.I also complained of the sores and of the significant pain in my eye, around my eye and eyebrow, at my temple and in my cheekbone.He said I was just sore from the pressure having been elevated and told me to follow up with Dr. Cruciger Monday.The next day the pain was even worse, so I returned to Dr. H.I expressed concern that there might be some underlying cause of the elevated pressure that might be overlooked, and if so I did not want to wait until Monday to treat the underlying cause.He did a thorough examination and said there was nothing else to diagnose.My vision was extremely poor in the eye. I again complained of the severe pain, which was like an icepick in my head.I saw Dr. Cruciger Monday and Tuesday, expressing great distress and concern.He told me he wanted me to see a uveitis specialist but could not get me in with one until a week later.He was kind and caring, but still did not make the correct diagnosis nor get me on the correct medications.Finally on Wednesday, a week after I first came in, after having been scouring the internet for information, I said I thought this could have been shingles in the eye: the sores, the elevated pressure, and the extreme pain all pointed that direction.I asked for antiviral medication, which he then prescribed at my request.It turned out of course to be shingles, and a very very bad case of it.I am now legally blind in that eye, and have flare ups of excruciating pain regularly, at least monthly.My entire life and career is affected, as I never know when I am going to be bedridden with nerve pain that is 10/10 in severity, so I am reluctant to take on professional responsibilities.I am incredibly grieved to have had my life altered in this way.Had this been diagnosed early and I started antiviral medications promptly instead of being delayed, I might have had a much better outcome, including being free of this horrible nerve pain that tortures me regularly.I appreciate Dr. Cruciger for his kind bedside manner, but he completely missed the correct diagnosis in my case, and also failed to perform an eye pressure check which would have been one clue. And I have paid dearly. 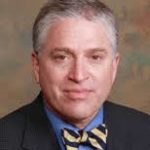