This is an archive of a consumer complaint published against Dr. Marco De La Cruz at DirtyScam.com-

My insurance company told me Dr. Marco De La Cruzs office was covered for my yearly physical. I then reached out and set up an appointment.I was emailed a confirmation but mistakenly forgot to reply- I almost thought it was spam as it was signed by  Anne RN.On a Sunday afternoon I received a stern call from “Anne RN aka Nurse Ratchet expressing disappointment that I had forgotten to confirm my appointment which was the following day (Monday).That should of been my first RED flag- never in my life has a nurse called to confirm appointments on a Sunday afternoon.The next day I brought my empty prescription bottle in hopes that he would be able to refill (as I have done in the past when starting with a new doctor).One of the first things that struck me was the Nurse Ratchet seems to be working remotely as the office staff are trying to ring her as well as the Doctor.There were also zero credentials for “Anne RN in the office.This should of been my second RED FLAG. I started to feel very uneasy of what my visit would be like.When you go back into the “room its not a standard doctors office- it was more like a therapists “room.We sat and talk he tried to pitch books with fad diets and flyers with youtube video from a “great personal friend of mine.This was my third missed RED FLAG. The Dr. then suggests and writes a prescription for double the strength of the original.He was able to suggest a new medication that did end up working very well for me (the only thing that seemed to go right!).Then the doctor took me into a more standard examination room and does the typical things that happen during a routine physical.Then he ushered me into a 3rd room where there was a device that looks like an E-Meter that Scientologists use to “Clear people.He told me this machine would recognize “bad stuff in my organs by touching a mental piece to different parts of my body while I held onto the metal handle of the device.Fourth missed RED FLAG. The device is conveniently located by a case with a plethora of vitieams.As he touches and finds the “bad stuff he reaches into the case pulls out the viteams that will supposedly clear up the “bad stuff.I was there for almost 60 minutes between these 3 rooms. Only 1 room- the examination room was necessary.He suggested I return in 4 weeks for a follow up appointment- I left there feeling like a drug dealer was trying to pitch to me.Non the less I did leave with prescriptions that I had had in the past (1 doubled and 1 new medication). 1 of the medications had refills.So I figured that would hold me over until I could find a doctor with whom I agreed more with their practices.3 1/2 weeks go by and Nurse Rachet is on my line again. I told her I was unable to schedule an appointment but when I felt it necessary I would.I was then scolded for not calling them and telling them I would not be rescheduling.She was very forceful in trying to sell me a doctor visit to obtain refills at the low low prices of $150.Again I felt like this was pill pushing. I explained that I was fine with the amount of medications he gave me and I would reschedule when I felt comfortable.She told me the doctor would not give me another prescription until I saw him again- I again explained I understood and would make an appointment when I felt more comfortable.At this time I had one refill left on the script he had wrote me so I figured I would be fine until I found another doctor.I went into the pharmacy to pick up some sundries and causally asked when my next prescription fill would be ready.My pharmacist NOT MY DOCTOR informed me that the doctor had called and canceled my last refill.I never experienced something like this- and was very surprised. I called and had to leave a message with “Anne RN with no reply.Most likely due to the fact that I asked to speak to someone that can verify their credentials.This whole experience was disturbing and I should of listened to my gut when I got that Sunday confirmation call.Do yourself a favor and go to any other doctor in the City of Chicago.Or at least go to one that has visible credentials for the people working there with licences. 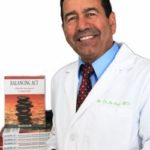