This is an archive of a consumer complaint published against Dr. Maria Reyes at DirtyScam.com-

I have been a patient of Dr. Maria Reyes for nearly ten years but now have to find another doctor.I made an appointment for a physical (100% paid for by insurance) and arrived 15 minutes late.Apparently they had new “policy that if you are 15 minutes or more late, the doctor wont see you.I needed some persciptions refilled so the doctor did renew for a few months and my bill was $85.00, I had called to say traffic was bad and I might be a few minutes late.They told me I should cancel the appointment and make another one even though I had just raced down from Northbrook.I tried to hurry but was 15 minutes late. They told me if I had been 14 minutes late the doctor would have seen me.The people in the office are nasty, rude and just people I never want to deal with again.I cant believe I have to find another doctor because of rude office staff but Dr. Reyes says she doesnt set the policy.She suggested I talk to Rose, the office manager, and if anything, she was worse.If I have to find a new doctor, I will. One thing I wont do is pay for the kind of treatment I received from these people.Dr Reyes is great but I wont fight her office staff to get to her.Ive tried to find some place to make a complaint but cant seem to find out who sets this “policy.They said the policy was changed because patients were complaining about having to wait.They have a fool-proof way of addressing patient complaints: get rid of the patients.Im one patient who will neve complain because Ill never go back. 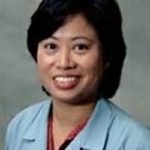