This is an archive of a consumer complaint published against Dr. Mark Lipian at DirtyScam.com-

I was a plaintiff in a lawsuit and the defense counsel had me see Dr. Mark Lipian, a psychiatrist in San Francisco for an “Independent Medical Exam (IME), similar to an interrogation.I understand that Dr. Lipian was going to favor the defense, since that is what he is paid to do. His resume looked professional but I was hoping he would be honest.Fortunately for me, I brought my own recording device and recorded the entire 8 hour IME.He also recorded the 8 hour session with old fashioned tapes.It took awhile but I finally got a copy of his lengthy report and was shocked that his report listed false and exaggerated statements.Even the transcript I was provided was edited. The relevant points I made were blanked out listed only as (). I was shocked that an alleged professional psychiatrist would do this.Fortunately I settled my lawsuit before trial and before I saw his falsified report.My best advice is if you are ever required to see Dr. Mark Lipian for an IME, BRING YOUR OWN RECORDING DEVICE to debunk his lies at trial and/or bring a lawyer.You are authorized to do that under the law.I would never see such an unethical psychiatrist in private practice, knowing what he did. 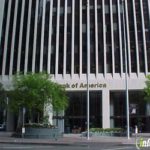