This is an archive of a consumer complaint published against Dr. Mark McCabe at DirtyScam.com-

Its possible Dr. Mark McCabe and I both made a bunch of rookie mistakes because my experience with him was completely the opposite of others here.He constantly threatened me with no longer being my doctor, demanded I come in to educate him about my chronic condition (he wanted me to use a white board?!) and wouldnt examine my medical records from the doctor Id been seeing for 4+ years before my move because he didnt like the doctors handwriting.I had just moved to Seattle. I made mistakes in getting to his office and keeping appointments: I didnt know there was more than one Polyclinic, for instance, and ended up at the wrong one.Even though I was still only ten minutes late, Dr. McCabe spent my whole appointment telling me he could discharge me as a patient for being late.I can understand an office having missed appointment policies and fees. Why would a doctor take such things personally, though?The last straw was when Dr. McCabe told me I needed to see a specialist again, one he had sent me to in the past. I called the specialists office to make the appointment.They said my previous visit had just been a one time consultation. I would need another referral from Dr. McCabe for ongoing treatment.I buzzed back and was leaving that message with a nurse when Dr. McCabe burst onto the line. He said, of the fact that I needed a referral, “I dont believe that.I was calm but a bit shocked. “Ok. Why dont you call them? We just talked.What do I have to gain by lying about that? Could you just call them? He replied, “No. I know youre not telling the truth. And he fired me as a patient for dishonesty.What the hell? I hope Dr. McCabe is healthier now (he spoke to both my husband and I about alcoholism), because my experience with him was weird and awful. 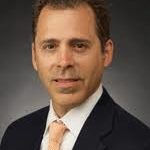