This is an archive of a consumer complaint published against Dr. Mary L Lindae at DirtyScam.com-

MADE ME SIT, SUGGESTED MEDICATION THAT DOES THE OPPOSITE, NOT UP TO DATE ON MY CONDITION, DIDNT BELIEVE MY STATEMENTS, GAVE UNNECESSARY CANCER SCARE.I visited Dr. Mary L Lindae on 4/25. Arrived on time 1 pm; was seen 45 minutes later.I find this wait disrespectful. She must be seeing more patients than she can handle.Her demeanor was pleasant but the visit was disturbing.She started by questioning whether I actually have the condition I came in for  vitiligo.Pretty shocking and insulting-its obvious to the eye, I have had it for 36 years, and have seen countless dermatologists.Im an intelligent 42 year old professional and I am not deluded about whether I spent my life covered in white patches, or the fact I used a little medication (from my Seattle dermatologist-his idea) to help to finish off my natural color, I am now dipigmented totally.I even belong to the national society for the condition and attend their conferences.She referenced medication for dipigmenting not available since 1990 and seemed wholly not up to date on vitiligo.She made NUMEROUS factually incorrect statements, about treatments and outcomes, that provoked a lot of fear (even though I knew better) such as stating that I was x times higher at risk for skin cancer.Prestigious studies have been done in the last 1-6 years that show that is NOT the case.She suggested a medication for my other minor condition that is EXTREMELY counterindicated for my vitiligo.I am a di-pigmented person, happy being one color and that was a feature of our visit.This medication she suggested, for another condition, is one that vitiligo patients get prescribed to get RE-PIGMENTED, which in someone like me would make you spotted again. Basically, does the opposite of what I was in for.I said- I cant take x medication because it will cause repigmentation. She admitted that (like it was no big deal) and shrugged it off.For the final blow, she did not believe me that the scabs on my hands and my ear were from rock climbing.I had just been out climbing for 5 days and had some small scabs and scrapes.She gave me a cancer scare on some of them, proclaiming if they didnt heal within 4-6 weeks to come back and that overall she was VERY CONCERNED.This was repeated over and over, and faces made as she looked at my hands.These were scratches, they healed in a few days. Even though I knew better, when a doctor raises a big alarm, its scary.I spent several days asking my husband to look at my ear, several times a day, to confirm rapid normal healing.I could forgive making me sit for 45 minutes plus. I could maybe forgive naively saying “I have not heard of that.Add on suggesting a medication that literally does the opposite of the intention and making me be so afraid of a problem I didnt have (including not believing me on the nature of the scabs) and there is no way I could go back to Dr Lindae.My husband has “no conditions and is also looking for a dermatologist for annual checks and he cant go there either- No one needs nonsense cancer scares or a doctor who doesnt believe what you say. 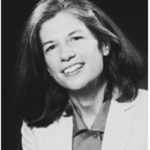