This is an archive of a consumer complaint published against Dr. Maurizio Bonacini at DirtyScam.com-

UPDATE: Dr. Maurizio Bonacini called me and claimed that he does the study out of another office and I should have known that I wasnt there for the study since its only out of his other location and to tell me his fees are really low and why was I complaining.He also compared seeing him to go to an Apple store and of course he was going to be paid.He also said the women who told me she only took appointments and didnt know anything about the medical stuff was in fact his assistant and had full access to all medical records.Original review.Watch out if your primary care doc recommends you do his fatty liver study.Youll be charged for a consult and a test even though it states that all study related tests and visits are covered.But the worst part by far is his front desk staff who while seeming nice and polite became very mean and rude when asked any questions.My primary care doc recommended that I see him for a specific study and I made an appointment specifically mentioning the study and indeed that was exactly what we talked about during the appointment and he said I would need an ultrasound and another test to see if I should be in the study. Fine.I thought it was odd that they asked for my health insurance card but didnt think much of it till later.The first odd thing was they sent me to get an ultrasound in the hospital there and the desk person told me it would be a 100 dollar copay which was odd since Ive gotten them at my primary care doctors location and there was no copay at all and sure enough that was the case again.Then I went and had the test done right in Bonacinis office and what do you know? I get a bill for the test (after they put it through my insurance).I tried to call the office and the same front desk person told me it must be a billing issue and to contact them which I tried to do twice finally getting a hold a person who told me they were just sending the bills that the doctors office had sent them and I had to contact them.I was so annoyed I just wanted to pay the bill and never deal with this scammer again but when I tried to to pay I realized there was no online way to pay and even worse they told me they wouldnt take credit or debt cards unless it was in the office and couldnt do it by phone or I would have to mail a check to a random address.Its 2017, who the heck even pay by physical check and doesnt even let you pay by phone or web?????So I had to go during their business hours ie. when I have to work to pay this.I asked Angela the front desk person why I had to pay to be part of a study and first she looked all confused and then defensively said “well thats a billing thing and made a big showing of calling them seeming very surprised when they actually picked because according to her their day is done at 3pm (such hard workers).Sure enough the billing folks said the same thing and she just looked me and said well you were charged for the meeting with the doctor and for the test not for a study.I said “what were the meeting and the test for then? which of course there was no answer for since the only reason I went there was for the study.And then she just got more defensive and said well I just make appointments and send the information to billing so Im not going to anything about it.Absolutely ridiculous. Then she of course was like you still have to pay the bill but not before she looked at my medical records and told me I wasnt qualified for the study anyways (something that I was never contacted about).So either she is lying about just being the front desk person and is qualified to deal with personal medical records or she is violating HIPPA and was looking at records she couldnt have.Either way no one should have to pay to see if they qualify for a study.And if a doctors office is going to charge you they should be up front and they might want to join us in the 21st century and do online and by phone payments. 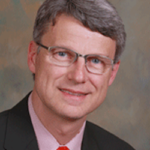