This is an archive of a consumer complaint published against Dr. Meghan Hession at DirtyScam.com-

Dr. Meghan Hession and wonder whether were talking about the same dermatologist I saw a couple of days before Christmas.I think about her every time as I look at myself in a mirror and see a half-inch long scar on my cheek as a result of the biopsy she took a year ago.I was waiting for the scar to disappear with time; however, according to other dermatologists, it is not going to happen.She tried to explain my skin condition by using Latin terms and when I asked what it really meant, she repeated the same terms by razing her voice in annoyance, so I actually question her communication skills.I speak several foreign languages, but unfortunately, Im not fluent in LatinShe didnt only misdiagnose my sunspot by claiming that it was an eczema and giving me a medication for itwhich obviously didnt workbut also suggested to take “a few cells from this sunspot for a biopsy.”A few cells were taken from the middle of my large quarter-sized sunspot.I wished she would have told me that this scar she left on my face was permanent I also have been wondering why it was necessary to cut my skin from the center of this sunspot, the most visible place on my face, and not from a less-noticeable location According to other dermatologists, sunspots are very common and are easy to diagnose correctly: they are benign and performing a biopsy on them is completely unnecessary. Caveat emptor! 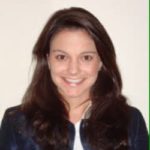