This is an archive of a consumer complaint published against Dr. Michael Close at DirtyScam.com-

Dr. Michael G. Close gave me a medication I need and have been taking for a few years. I went to refill it through my mail-order company and they said they could not refill it  I called and found out they need his “DEA number.I called the receptionist today and apparently he can no longer prescribe that medication  he no works with another doctor to prescribe it.I was not informed when this happened, and calls from my mail-order pharmacy to his office were not returned (the receptionist said going through everyones file would take forever and that they did not receive a call, for what its worth.)So today Im scrambling to find a doctor to fulfill this prescription.That is on top of other bad experiences. I made the appointment for 7:30 so I could get to work by 9.He didnt even get there until about 8 a.m. The nurse drew blood and then Dr. Close came in and just talked to me about medicine and diet and other random stuff.I didnt stop him because I thought he was building to a point but he wasnt.He was called out of his office finally at about 9:15 and came back asking if I was in a hurry and I said well I wasnt but I was hoping to get to work by 9 and Im already behind so I need to go.So he wrote me prescriptions and then said I need to come back in because we never did the actual appointment  checking my heart rate, breathing, etc.Finally, a few days after that the nurse called on a Friday afternoon and said my blood revealed a few things that we need to talk about.I missed the call but left two messages. I never received a return phone call.Who calls a patient and tells them there are a few things from their blood test to discuss and then doesnt follow up or return their calls?Avoid this doctor. I dont think there is any malicious intent but this is really basic stuff a doctor and his staff need to be able to do, and pretty serious.If youre wavering after reading the reviews, trust your gut and go somewhere else. 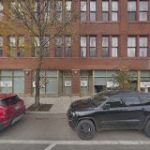