This is an archive of a consumer complaint published against Dr. Michael MacDonald at DirtyScam.com-

I saw Dr. Michael MacDonald for lip implants. Maybe we just had a personality clash, but I did not care for his rude comments and short temper.During my initial consultation we discussed the lip implants and I did not inquire about any other services.However, he suggested it would be easy to get rid of the fullness under my chin and neck at the same time if I wanted.I was completely offended and gave him a look that conveyed that he quickly apologized and said a doctor should never do that.I decided to give him the benefit of the doubt because he was the only dr willing to put in implants.The day of the surgery I was asked to come in 30 mins earlier to take some medicine that would calm my nerves and help with pain.I arrived at 9:30am as my appointment was at 10am.I was quickly ushered into the surgery room and given meds.However, after a few minutes Dr MacDonald came in and asked me to go to another room while he prepared. I sat in another room for about 45 mins.After 45 mins I came out of the room and asked about getting Botox that day as well.He asked me if I ever had it, which I did above my lip to turn it out a bit.Then he told me that was not true because Botox cant do thatso I guess Im a liar even though Ive had it twice.He then asked me if I had it on my forehead. To which I told him I had it done to lift my brow but I didnt like the look.He responded that the person who administered it did it wrong and thats why I didnt like it.Seriously? Who tells you youre wrong and other doctors youve seen didnt do their job correctly? Again, regretting even getting involved with Dr. MacDonald.Afterward we started talking about my lips. He asked me about 5 times if I really was sure about the size, which was frustrating.In addition, during the original consultation I had told him I was getting filler that evening.I reminded him that I had done that and he seemed to get frustrated with me for doing so.I reiterated that during the consultation I had told him I was getting filler that evening and it didnt feel that there was much in my lips.He snapped back at me saying a syringe of juvederm was not nothing and asked if I knew how much more difficult this would make his job? Had I not been sedated and payed for this surgery already I would have walked out of his office after that incident.He left the room and brought in a rep for. Surgisil to help him measure the implants. Again asking me if I was sure about the size I wanted. Im pretty sure the rep could pick up on the tension in the room at that point.It was now 11am, my appointment was at 10am and we just start numbing.The dr administered a dental block, but only one quadrant of my mouth was numb.I went to tell him that and I looked down and he was coming at my face with a large needle pointed at it.I turned my head out of fear and anxiety of a needle coming directly at my face and he said “just let me test it!Again I told him I can feel my own face and I am telling him only one quadrant of my face was numb.It took him several attempts to get me fully numb.He commented that he did everything right and my nerve passages must be laid out strangely.At that point I think he could tell I was upset. He left the room again and came back in and apologized for losing his temper and being short.But, I should be glad that He was self aware enough to recognize it.I was beyond the point of offended at this point and really just wanted to get the show on the road.Around 11:30am he took me to his surgery room and asked if it was okay for the surgisil rep could be on the room.I really did not want her to be there but I was so annoyed I said I didnt care.The procedure itself probably took 20 mins. After he was done he was cleaning my faceafter the trauma of the surgury and telling him I was sore.I asked him to do it more gently. He said he would have someone else do it, dropped the washcloth on my face and left the room.The people in the room were all uncomfortable. I basically sat up grabbed my purse and left.Wasnt even given a mirror to see the work. He didnt give me the courtesy of any follow up instructions. Nothing.The assistant said she would give me a call the next day.I promptly left in a great deal of pain and very upset at the completely unprofessional attitude of Dr. MacDonald.Overall if the work he did is great, then I will be happy.But, I do not even want to see this man for a post-op visit. Maybe our personalities were not a fit, but this was a terrible experience with a doctor who was condescending, rude, and overall a complete jerk.In addition, I came in for my appointment 30 mins early as instructed for about 20 mins of actual work and left at 12pm.So I was there for a total of 2.5 hours for a lot of sitting and for nothing.In comparison, I underwent two fat grafts with another Dr. Which included sedation and manual liposuction and was in and out in and hour each time. 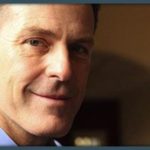