This is an archive of a consumer complaint published against Dr. Michael Sampson at DirtyScam.com-

I saw Dr. Michael Sampson for a couple of years, then I had to move out of the area for 1.5 years, during that time they were happy to fill my renewable prescriptions.Upon my return to the area, I called to see if I could have my renewable prescription refilled to a different pharmacy because I was no longer in Silverlake, and the woman on the phone said that “every time I call its difficult for the office to call in a prescription.She did state that the doctor probably would not refill it because he hadnt seen me in over a year, which I understand, but she seemed insistent, that I when I asked if I was being an inconvenience by asking that a prescription refilled, she said that I had been rude a year ago when I called.I had never talked to her before. I had talked with other women in the office that have been perfectly pleasant, but I was shocked that she insinuated that I was both causing an inconvenience, and that I had been rude a year ago.No doubt I was upset on the phone today. I felt a BIT bad when she said she was his mother, but no matter who the person is working, patients shouldnt be talked down to or treated with disrespect.After todays experience, while Dr. Sampson is a perfectly fine doctor, clearly the patient care doesnt matter when they feel its “Inconvenient. 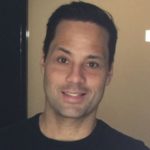