This is an archive of a consumer complaint published against Dr. Nazli Ahmed at DirtyScam.com-

I used to use Dr. Nazli Ahmed ten years ago or so, and while it wasnt anything special, I didnt have any health problems, so I didnt mind the wait, etc, for my annual well-womens check, may be a flu, etc.Several new job, kids, etc, later, I picked her again, because I had already been there, and again, other than seeing my OBGYN, I dont go to the doctors that often.I knew she wasnt reliable to use for my kids, so I found a different pediatrician.My husband also picked her as a primary care physician (HMO).I went in to see her for a routine physical, and because they thought there was a problem with my insurance, they wouldnt see me.While standing there, I had called Blue Shield, waited on hold for 40 minutes, with my 3 year old in the waiting room, while the younger nurse/receptionist roller her eyes at me, and only after they talked to Blue Shield did they see me.In a hurry, now running late. I was slightly annoyed, and had planned on changing to a different doctor.Fast forward to an ear infection (first one in more than 25 years) , and I literally flew to the office (because I still had not changed Drs. duh).I asked for a stronger antibiotic than Amoxicillin, because I had a RAGING ear infection, but Dr Ahmed said it wasnt necessary.. (Weeks later in Urgent Care a doctor said he doesnt use Amox. for these types of infections anymore, because he sees so much resistance, and he certainly wouldnt use it on an acute infection..) But whatever.When I called a week later with the same in thing in both ears, she was out of office for a week.There is no on call doctor, they just referred me to another Dr. My insurance didnt cover him, so enter Urgent Care.She was also out of office part of the next week, and although they said theyd paged her, she never called me back.Although the staff did call me with insurance questions. (While my head is exploding, and Im asking that they call in a steroid pack Urgent Care recommended if their treatment didnt work). I said I would call Blue Shield.Dr Ahmed called the next day, after a few more messages, but she was also concerned about my insurance.Who at this point have sent them letters, they, in fact, do cover me.Because she hadnt received her monthly HMO fee yet, she wouldnt be able to see me.Nor would she call in the steroid pack. She didnt even ask if I could pay out of pocket, because, you know, when your head is exploding, youll pretty much pay anything, and hash it out with insurance later.She suggested I go to urgent care again, until I could give her something in writing from Blue Shield.Never mind that my husband is also assigned to her, she received an HMO check for him monthly, and he NEVER goes to the Dr.Long story short, I went to a different Dr, who looked in my ear, called in the steroid pack, and his office called me a few days later to see how Im doing.Had I picked a different Doctor, I likely wouldnt have had to spend 3 weeks, nearly deaf, with fluid blocking both ears, vertigo, pain, etc.There were other things, like they kept insisting I schedule my well womens check with them, when I kept telling them I prefer to do that with my OBGYN now, ( a) because thats who Ive been using last couple years, and I really like, and b) because he doesnt extort me for money) Then they wanted the records from the OBs office, for some sort of insurance audit? Certainly if my insurance wants to know where I had my pap smear, they can look it up?While I was waiting for Dr to call me back, they office called me twice to ask me about what Urgent Care Id been to.They had called three of them in the area, and couldnt find my record.I dont even know why, it just annoyed me that instead of working on finding me a Dr, theyre chasing down my Urgent Care visit record? And that the staff said she wouldnt call in the steroid pack until she saw me (which is hard, because shes normally out of town).When I said they could use the Urgent Care doctors assessment, they said it wasnt good enough. They HAD to see me (my copay, obviously).Honestly, the Urgent Care Dr seemed more competent and knowlegeable, and my options for treating a clogged head were pretty limited.I didnt need her to charge me $30 to drive to her office to look in my ear again.I get that most Drs offices now are all about copays and money. Times are hard.But not this hard. A decent Dr should at least pretend that they care a little bit about you.On a side note, my kids pediatrician looked in my ear, and offered to call in a steroid pack.Because sometimes people are just kind. My OB is also absolutely amazing.And then theres this place, aggressive, disorganized, and kind of sad. 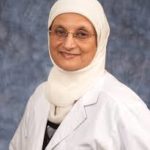