This is an archive of a consumer complaint published against Dr. Neil Pathare at DirtyScam.com-

My son broke both of his arms snowboarding over the holidays and was recommended to see Dr. Neil Pathares clinic.Right from the beginning the doctor was unclear in his evaluation of his injuries and how to proceed.He said we had some choices to make and when we made our choice he became rude and uncooperative because it wasnt what HE thought we should do!When we asked for a disc containing his X-rays to take to his surgeon at his college, they couldnt make one because it was broken.Really? The doctor would tell us one thing and then someone else from his office would tell us something else!As if the injury and circumstances arent bad enough, I never felt they were on our team to make him well.When we did get to the new surgeons office, he said that the way the bandages were wrapped wasnt optimal for healing, and his arms had to be REBROKEN again and plates and screws put in his arms.Im sure they are very nice people, but I wouldnt go back there again. 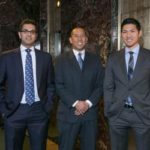