This is an archive of a consumer complaint published against Dr. Nicola Nylander at DirtyScam.com-

This office is atrocious. Went in for a yearly skin cancer screening with Dr. Nicola Nylander.When she was looking at my skin I mentioned my current acne prescriptions and skin history since it was my first time seeing her and next thing I know Im being billed for an office visit for acne instead of preventative care.The horribly rude front desk man named Anderson was unhelpful and worthless at his job.I called to ask what it was classified as to see if there was an error and he told me to call billing and to that I said can you just look at my visit since Ive already called.He wouldnt answer me on the phone and instead called 3 min later after I was already back at my desk working, forcing me to call again later in the day and at that point he told me everyone was gone (at 4pm on a Wed).On top of that I told her only generic prescriptions and they called in a $60 prescription of iron that autofilled so now I have to deal with insurance. I can get iron for $8 at Walmart! 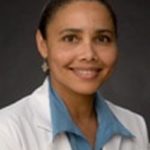