This is an archive of a consumer complaint published against Dr. Ostoya Paul at DirtyScam.com-

I decided to go to Dr. Ostoya Pauls office after reading all the great review. My visits were nothing like everyone says.Very first visit after I checked in they rescheduled me. Im full time working mom and it was hard for me to reschedule my appointments.So the office decided they can see after hours the same day. So I waited and waited.After 1.5 hour later they took me to the back. By this time it is now 7pm. Dr. Ostoya decided he wants me to get some lab work done.Once I did, I would see him and send me back to the lab because he forgot or his staff forgot to mark what they wanted me to get done.This happened about 4 times, I had to get lab work for differents things when I could have all of them tested at the same time.2 times I went in for an appointment and he didnt remember why he scheduled me to come in.His staff is not very friendly either. After sticking it out for a year I had to find a new doctor.Especially after they told me they have not been taking my insurance anymore.So I recieved a bill for almost $1200 for 3 months worth of visits.I had concerns and he seem to not know what was going on even after lab tests.He wanted to put me on certain medicines which you cannot take more than 6 months.I was on month 5 and he said hes going prescribe me the meds for 3 more month.So that made me feel like he wanted to put me at risk. I found a new doctor and told my new doctor what Dr. Ostoya was doing.My new doctor was in shock and couldnt believe he was still in business.I definitely regret staying so long with Dr. Ostoya thinking he could help me it even cared about my well being. 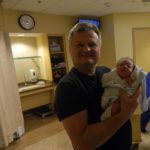