This is an archive of a consumer complaint published against Dr. Ozols Ingrida at DirtyScam.com-

First, Dr. Ozols Ingrida was 45 minutes late with no apology.Next, she lied about what she could do for me as a self pay, no insurance.Then she backtracked on that and when I challenged her she became nasty and indignant.Very phony and filled with self importance,arrogance.After a few days I decided She would refund a third of the bill or I would dispute entire bill through my credit card company.She immediately refunded a third. Perhaps next time she will get off here elitist position and show some decency, humility.Absolutely disgusting. Nothing worse than lying and, when called out, acting like she did. Karma will get her. 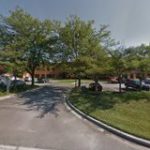