This is an archive of a consumer complaint published against Dr. Philippe Nguyen at DirtyScam.com-

I usually dont have to spend more than 5-10 minutes scheduling a Dr. Philippe Nguyens appointment, but the front desk person was insufferable.I tried to give her all my information and have a rational conversation with her and then after getting all my personal info she says she needs my credit card.I have never had a doctors office ask for such a thing before rendering a service.She said she needs to put one down in case of no shows and I said I could come in in person to put down a deposit, but I dont have a credit card number for her.She then refuses and says we only serve people that have credit cards.What are you talking about!? Youre a general doctors office!You cant discriminate based on forms of payment, some people dont even HAVE credit cards.Then after I keep trying to explain to her you cant turn people away cuz of this she hangs up on me!And I was patient with her and going around in circles with her logic the whole time, not getting mad, just trying to work with her so I could see a doctor.I called the other doctors office above this one on the list in Nob hill doctors and got an appointment scheduled in 5 min.This is NOT a doctors office, its like a massage spa posing as one just trying to get your money.No real Doctor would ever turn away a patient because they dont have a credit card Avoid this place and just go somewhere else.Its not worth the headache. 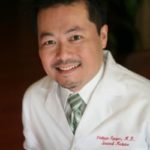