This is an archive of a consumer complaint published against Dr. Rachel Shu at DirtyScam.com-

DO NOT GO HERE! DONT EVEN CONSIDER IT! I saw Dr. Rachel Shu last Thursday, December 20, I had extreme pain in my lower left side.I have a past full of ovarian cysts and surgeries because of them.Her first comments to me were that it could possibly be my oblique muscles, which I 100% knew wasnt the case.I told her of my history and at first she said she was just going to examine me, to which I replied that typically there is a pelvic ultrasound to see what is actually going on inside.She then agreed to do the procedure. I must say that her bedside manner has improved but the final explanation was lacking.She found that a cyst on my left ovary had ruptured and there was fluid behind my uterus.She said that it was fine and that the body would absorb the fluid and the pain would go away in about 3 days.I work on an oil tanker and had been sent to this dr probably because there was no one else available on such short notice.The ship I was working on was shortly leaving for the Gulf of Mexico via the Panama canal.It was imperative that I be able to work my regular duties and not have additional issues, as I would be far away from medical resources ashore for a long time.I took her diagnosis and went back to the ship. We sailed early that Saturday morning, headed to Los Angeles.Shortly after breakfast my pain increased to where I was unable to stand without excruciating pain.I ended up spending the rest of the day off my feet and taking strong pain medication administered by my captain.But because we were underway, I was unable to get to a doctor until late afternoon on Sunday.It was extremely painful and scary to be stuck on the ship not knowing what was causing the excessive pain.I ended up at the ER in Long Beach, California. Luckily, everything came back normal with all my tests but I am still in pain.She shouldve said I was unfit for duty right off the bat instead of sending me back to work that day.It could of caused me irreversible damage. She is not my regular doctor, and she never will be. Please do not go to this doctor. 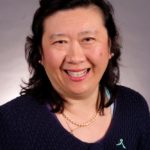