This is an archive of a consumer complaint published against Dr. Rahmatullah Shahla at DirtyScam.com-

I have been to Dr. Rahmatullah Shahla ‘s office in Irvine a few times and would never ever go back!I had an appointment in June and since I was ill I called the previous morning and left a msg to cancel it.They called me the next day to ask why I didnt show up and I told them I was ill and that I left a mesg.The gal I spoke with admitted that they have been having a phone problem and that I wasnt the only one whos msg hasnt been received..I am still battling the $50.00 no show charge that they wont refund me (i went in the following month for a follow up and paid the balance they said was due without truly checking the statement)When I cam home I called to ask about this no show charge and Elizabeth said she would contact the billing office to take care of itI have been in contact with the billing office and Araceli said that according to Elizabeth I was a no show..  what a liar!I am tired of chasing my $50.00 I may have lost a small amount but they have lost a patient.I will give my business elsewhere plenty of other doctors  Im sure of which are better than her and definitely her office people!Elizabeth will seem nice at the front but when it comes to returning calls and following up to assist the patients- there no time in her scheduleTerrible experience! 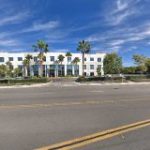