This is an archive of a consumer complaint published against Dr. Rand Mcclain DO at DirtyScam.com-

Dr. Rand Mcclain cares about money and that is all about it. I went to Dr. Rand for an altogether different issue and he recommended me his Active PK pills that do not work. The entire experience was worse, and I have never met anyone like him.This guy is full of crap. He will do anything to sound right. Just like the salesman of the used cars who do everything to make their crap car look awesome, even better than the new ones.Have you watched his youtube videos? If yes, you may have given thoughts about buying his shit. But, trust me, all those fancy jargons and knowledgeable talks are worth nothing.He knows nothing. I have never found anyone as bad as him. He isnt smart and he tries hard to seem one.He has not even graduated from a fancy school. He is just a scammer trying to look legit.This guy is a real pain. He has no respect for his patient time and money.I did look for his reviews online and ignored all the bad things mentioned about him because of the long list of positive reviews.Which is no doubt, are fake and paid ones.The only time you will listen to him would be the time he would be advertising himself.He likes to brag about himself. He would tell you why he is so successful and what all he can accomplish or have already accomplished.When I first met him, he aligned me with some HCG and I could not figure out what I was supposed to do.He charges $800 for an appointment. Are you kidding me?This price can get me the entire treatment of three months which he made so difficult to pay for. On top of that, he left me on my own.After putting me up with HCG, he told me that he would call me within 24-48 hours. However, he never replied. He leaves his patients on their own.I had to email as well as call several times for getting a reply.The front staff were not cooperative at all. I did not know if they directed my message to dr. Rand or not, but he never called me back.It went on and on for many days. In the entire three months of my treatment, I got to talk to him once. I had to google for all my problems.I was having some side effects and had to find answers on google. I adjusted my own medication as per the direction listed on the internet.This guy did not bother if I was making the changes correctly to my medication or not.I informed the front staff about the changes in dosages and medication that I was planning to make. They never called me either.When I called them to check after three days, they said, I cannot bother them for no reason.They said that the changes were all right and if there would have been any problem, they would have contacted me.I know they would have never called me back. And, the changes were supposed to be made by the doctor and not the patient himself.Moreover, he would ask for multiple checkups in between of the treatment for no said reasons. For which, he charges $150 each time you visit the clinic for these checkups.I believe he did nothing for my case. I was kept on hook for months and at the end, he just got furious because I disputed the charges through my bank.Never during the three months he had the etiquette to provide me with the right consultation. Whatever he ever said can be easily googled on the internet.The only thing he did was that he gave me the HCG prescription. Which anyway failed miserably.After HCG did not work, he put me up with the second treatment option. I had to stop the first treatment on my own accord.This guy never ever replied so as to assure that the decision was correct. The side effects were gone once I stopped the treatment.He saved his notes and that was the reason how the staffs were able to find out the next step of treatment in my case.But, no one was able to order that for me and for the same reasons, after experiencing too many failed attempts, I finally decided to give up.I called the front staff and asked for a refund. I was very uncertain about what I would do with the medication and treatment that dr. Rand prescribed me.Being so doubtful, it would have been a complete ignorance from my end to follow his instructions. So, I finally asked for a refund. I wanted to settle it the silent way.I never wanted to dispute the charges from my bank. That was the reason why I asked for a refund before approaching my bank.But, these people never gave any considerations to my situation. They right away told me that I will not be getting even a penny back.This further provoked me to use my rights. When I finally got dr. Rand on line, he said that it was my mistake that I changed the dosage and medication.And, told me that he never approved those changes. This was certainly not the case.He did give me green signals. And, if not, his staffs lied to me. In both the cases, he is at mistake.He is the most irresponsible person I have ever met. And, his active pk did not work either.This man is nothing but full of delusion. Whatever you see on the internet about dr. Rand is fake and misleading.Why to pay $800 for an unreasonable consultation which will get you nothing but headaches and frustration.I consulted another doctor and my problems were solved in a months time. Dr. Rand is worth nothing. 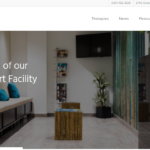