This is an archive of a consumer complaint published against Dr. Randal Pham at DirtyScam.com-

Dr. Randal Pham gave wrong diagnosis!Medical professionalism: 0 out of 5Service: 1 out of 5I waited for 3 hours to see him. Because I had a hard stop due to kids duty, I indicated to the nurse multiple times I needed to go.Finally, doctor arrived and he gave me a quick exam under the slit lamp which took about 5 mins.He then said he hated to pass on the bad news, but I had Epithelial Ingrowth cells on both eyes! He asked me to come back to see him and make sure I at least gave him 3 hours because he was very busy (in a rude tone).Shocked and extremely worried, I immediately researched on the web (like anyone else would do) to find out what epithelial ingrowth was all about.Feel free to google it but basically its an complication not uncommon in LASIK patient where cells started to develop around the corneal flap and can impair vision depending on the degree of growth and distance from the visual axis.I was so very concerned but at the same time seriously doubted the result of this 5-min exam.I decided to seek separate advice from two different ophthalmologists from Palo Alto Medical Foundation (Vision Center at Sunnyvale and Palo Alto locations respectively) to get my 2nd and 3rd options, over the course of next 1.5 months.Doctors there are top notch and I received super thorough exams and professional service.Both doctors confirmed I did NOT have epithelial ingrown cells. What a relief!What can be worse than a doctor giving incorrect diagnosis? If I were to trust the exam, I am not sure what subsequent mis-treatments I might receive.If more time is needed, any accountable person would suggest to re-schedule rather than rushing to a conclusion.I feel obligated to pass on my experience. I normally dont write review. In fact, this is my first one. 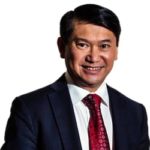