This is an archive of a consumer complaint published against Dr. Rekha Udupa at DirtyScam.com-

My daughter was a patient with Dr. Rekha Udupa for a year. Their service was okay in the beginning but started deteriorating towards the end.Dr. Udupa herself is okay.. almost diagnosed my daughter correctly every time and I wouldnt have left were it not for the staff.Two things you should watch out for if you are going to this doctor1. There is a ridiculously long waiting time.. I have never got out of there under 2 &1/2 hours  and thats with an appointment.I think they just keep adding appointment requests (for sick kids, same day visits) without considering what it would do to the other appointments who booked ahead.2. Staff is extremely rude. I asked them about the delay after I had been delayed the nth time and the nurse actually yelled at me.I know another friend who has left for the same reasons. Would not recommend this pace to anyone.May Dr. Udupa can get some professional front desk staff who know how to keep their clients rather than pushing them away. 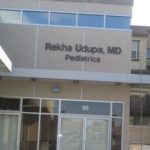