This is an archive of a consumer complaint published against Dr. Remy Ardizzone at DirtyScam.com-

I was “fired this morning at 9:30 a.m. as a patient by this cold and distant female podiatrist.I had seen her twice before. She recommended an MRI and physical therapy.My physical therapist recommended I see Dr. Remy Ardizzone a third time, today, because he felt my foot was still too sensitive to physical stress after four sessions of PT.He had suggested to her I be put on a fracture boot, something Id worn for 8 weeks already when I suffered the initial foot injury in July.I didnt want to go back on the fracture boot, but I brought it with me to my appointment this morning just in case she was going to recommend it and I could show her the type of boot I have used before.Dr. Ardizzone looked at me, then at her file on me, admitted to me that my physical therapist had spoken with her, and then asked, “What are your expectations?I questioned her questioning me about any expectations. I was not on the stand to testify here.I had been referred by my physical therapist for further evaluation.It was her duty to respond to the physical therapists suggestions regarding me.”Are we having an argument? I asked the doctor. “I just want my foot to feel normal.”Well, youve been very reluctant to follow the protocols. She was absolutely wrong in making such a statement.”I have done everything you have asked me to do, I said. “You have asked me to not exercise except for a half-hour every other day maximum.You have asked me not to walk long distances. You have asked me to go to physical therapy.Ive followed your every instruction. Yes, when you first told me to stop exercising, I balked about it, but I did everything you said after all.Theres been no reluctance on my part. What is your problem?She replied, “I have a problem with you shouting at me. This woman was cold and full of hyperbole when she spoke.I had not been shouting at her; I had raised my voice and it was expressing my exacerbation and excitement regarding the (to me) inappropriate and off-putting question she posed me.”I want to know what are your expectations, I said.”Thats it, this doctor announced. “Im through with you.Im sorry we are not a match for you. I suggest you find someone else.And with that remark, the doctor opened the office door and walked briskly down the hall. She was done with me, painful Lisfranc injury or not. I was toast.In the hallway, I was walking towards the exit when I saw her scurrying away, and I called out to her from about ten feet away, “Dr. Ardizzone, I think your behavior is really unprofessional.Dr. Ardizzone stopped, turned on her high heels in her starched white coat and exclaimed, “I told you this conversation is over. Now Im going to call security.Unbelievable verbal and physical behavior exhibited by a so-called medical professional, left me completely in the lurch as to what to do next about my sore and painful foot.I had injured it just walking in July, no heavy lifting, no sudden bang against my foot.The first podiatrist I saw put me in a boot for 8 weeks but failed to give me guidelines as to what protocols to follow after removing me from the boot.My insurance then switched from Blue Cross to Medicare in the meantime, so I thought Id try a new doctor with my new insurance.The physical therapy Dr. Ardizzone prescribed was so light and ineffectual that it provided nothing useful toward my healing, and yet the physical therapist concluded that my foot was too sensitive even for light physical therapy.As far as I understand, Lisfranc injuries are very difficult to treat (and thats the kind of injury I have) and I think Dr. Ardizzone not only knew she was in over her head in regard to my treatment but she wanted to start an argument in order to dismiss me so she could avoid getting in any deeper than she already was.She hadnt a clue really as to how to help someone with a Lisfranc injury. Better to blame the patient.Dont count on Dr. Ardizzone to have any psychological understanding either of different types of personalities or people.Shes not equipped to handle anyone who isnt a robot or compliant dummy. Strange, for an Italian.Most Italians I know can cut conflict with a knife and can “get real. Not this woman.Shes brittle, even if she is a blonde with beautiful blue eyes. Stay away.Ive already contacted Medicare in order to learn how to stop Dr. Remy Ardizzone from trying to collect on this “visit that was nothing but a blow-out and display of this doctors poor quality of care.There is a Quality Improvement telephone number for Medicare: 1-877-588-1123.If anyone else suffered from poor quality of care through Medicare by a doctor, you can dial the above-mentioned telephone number.Im also going to contact the billing department of Medicare in order to stop payment for this visit as well. 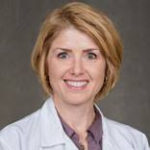