This is an archive of a consumer complaint published against Dr. Richard Ornelas at DirtyScam.com-

Dr. Richard Ornelas is a friendly man and a good doctor.Unfortunately his support staff is horrible.I have had one bad experience after another with them. Some examples:I call and only get the voicemail during business hours.The voicemail says it is full so I cant even leave a message.Or I am able to leave a message but it is not returned.Or I get a person but they put me on hold for a long, long time. When I do speak to them, they act clueless.They tell me they never received my lab results. When I check back later (because they fail to call me back) they say the lab told them it has no record of my test.I call the lab, which tells me they sent the results to the doctor, but will send them again.To renew my prescription, my pharmacy needs approval from the doctor.The pharmacy tells me they have contacted the doctors office but get no response.The pharmacy has to give me an emergency supply of medication because it takes a number of days to get the approval from the doctors office.Why the doctor tolerates this extreme incompetence is beyond me, but it is very bad for his practice. 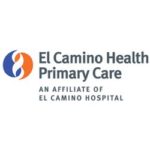