This is an archive of a consumer complaint published against Dr. Robert Harvey at DirtyScam.com-

Its unfortunatate that I never had a chance to see Dr. Robert Harvey based up on the positive reviews.I was intercepted by the unusually rude secretary. I called up simply to ask about pricing for Botox.I genuinely was wondering about the pricing and how much it costs per unit.Im in the medical field, so customer service is of utmost importance to me.Here are the responses I got from the secretary to my questions:”You are asking me about a site or per unit- you keep going around in circles, which one do you want to know”This conversation isnt going well, I know you wont refer anyone to us anyways”You are asking about outdated deals in the past, that is why Im answering with this attitudeFlabbergasted, I told her that I was shocked that I was getting this attitude just by asking simple questions.I am happy that I didnt get this done here, as I can imagine if I had any issue, what kind of response I would get. 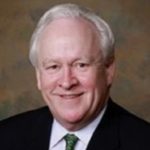