This is an archive of a consumer complaint published against Dr. Robert Purchase at DirtyScam.com-

I was referred to Dr. Robert Purchase through Workmans Comp for a partially torn tendon in the common extensor tendon in my elbow.I waited 6 weeks for an appointment (not his fault) because I was a new patient and it required a 30 min appointment compared to his usual 15 min appointments.I was told by the office staff to arrive 30 mins early to fill out paperwork.I arrived 45 mins early to be safe and was not seen till 30 mins after my appointment time.When Dr. Purchase finally came in he could not open the MRI disc that I brought.After trying it on another computer he came back in and told me that he told Workmans Comp would not approve any other type of therapy if I didnt try a Cortisone Shot and more physical therapy.I had already had 6 sessions before seeing him. I expressed that I would prefer not to get the shot because I had read about them and did not think it would help my particular injury.He gave me a look like you are wasting my time and said it was up to me, but I would not get approved for any other treatment if I did not get the shot.Feeling desperate I said ok and he gave me the shot. He told me to come back in 6 weeks and to go to physical therapy.Over the next week my elbow hurt worse than before the shot.I gave it another week to see how it felt and it did not feel better so I called to make another appointment.I saw Dr. Purchase again. The first thing he said to me was it has only been 3 weeks, why are you back.I explained that I was in a lot of pain and asked him what my options were.He said workmans comp would not approve anything unless I tried a second cortisone shot.He said I would have to wait for that though. He had a person in the room that he was dictating to.He asked me to do a series of movements with my arm and he began saying numbers to his assistant.After the series of movements he looked at me and said, I am not saying the you are lying about your pain, but I cant figure out what your problem is.THEN he said, I am a shoulder specialist and you have an elbow problem, so I recommend you go to an elbow specialist.He told me to make another appointment for 6 weeks in case I couldnt find another doctor in that time.While I was making the appointment with the front office staff, I heard him talking about me in a negative way to his assistant.Here are my problems:-If he knew he couldnt help me on my first visit then why give me a cortisone shot.-How did he know what workmans comp would authorize if he didnt ask.-LEARN some bedside manner!The next doctor I saw (the elbow specialist) said I needed surgery to fix it and I have since had the surgery and am on the road to recovery. 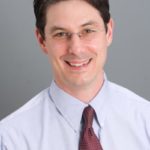