This is an archive of a consumer complaint published against Dr. Sachdeva Virender at DirtyScam.com-

Extremely rude doctor. My younger brother came here feeling very sick but the doctor told him he his now 3months older , insurance doesnt pay above 18yr old.Feeling very sick the last thing I want to see him do is run around finding a new doctor.The doctor said it “doesnt matter if he sick, he is not going to get paid. I told him if its about the money then I can just pay cash.As a courtesy he could have seen my brother for this single instance, but nope he said.I cant believe he said “it doesnt matter if he is sick really shows character.This is a newsflash that this place has NO ETHICAL MORAL VALUES to help , its just about racking up as much money as they can. 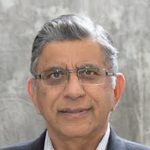