This is an archive of a consumer complaint published against Dr. Sani Farah at DirtyScam.com-

I cannot in good conscience recommend Dr. Sani Farah to anyone. She does not listen. She also is a little “out there with her advice.She does take time with the patients to sit down and talk, but the discussions were sometimes bizarre.She knew my husband and I were trying to get pregnant.She rejected a diagnosis from a previous GYN as to why I wasnt getting pregnant, and went on and on about listening to my dreams, because theyll tell me when Im ovulating.I had to argue with her over this and another issue, and asked to see a specialist.She insisted I wouldnt find anything, because nothing was wrong. But, she finally relented.I saw the specialist, and indeed the previous diagnosis held up, and I found out there was a treatment.That treatment led me to a beautiful baby girl very quickly. So I fired Dr Sani. My husband was also seeing her, and continued to after I left.He had an issue where he was sick, and then after a few days on antibiotics, got even sicker.He called and spoke to her, wanting to come in. She didnt have any appointments available, but told him not to worry, he just has another illness on top of what he had before.He insisted this wasnt the case, as it had a fast growing rash along with other symptoms, and she said hed be fine and hung up on him.I took him to the ER. He was having an allergic reaction to the antibiotics. He fired her too.I came to find out later that three other people I know well had her as a doctor, and they all fired her.Her staff was mostly good, but there was one younger woman with an attitude problem. One of the good ones left. 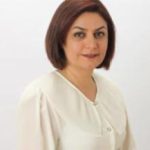