This is an archive of a consumer complaint published against Dr. Scott Boswell at DirtyScam.com-

I had originally posted a Positive Review for Dr. Scott Boswell in which I heaped praise upon him for being such a compassionate and competent dermatologist. I was obliged to take it down due to recent events.I will begin by saying that Dr. Boswell has several positive traits  hes articulate, seems to be knowledgable, and has a great sense of humor and good bedside manners.With that said, he unfortunately does not care about the well-being of his patients, as he deliberately deceives them in regards to drug side effects, includes certain phrasing in his notes to protect himself from lawsuits, and takes zero responsibility when he errs in the application of prescriptions as well as their dosaging levels.Dr. Boswell had prescribed the generic of Accutane (Isotretinoin). I didnt realize at the time that my acne wasnt severe enough to qualify for the treatment.He immediately told me that the clinical trials on the drug showing a causal link to depression and inflammatory bowel disease were flawed.He informed me to not browse the internet for information on Accutane, because it is filled with lies and misinformation.During my time on this drug, I had severe abdominal pain (even did an ultrasound for it) and never conceived of it to be related to Accutane.I began to get bloody noses and blurred vision to which Boswell stated that it was temporary and fine.He told me that there were no permanent side effects. I later began to lose an excessive amount of hair.Boswell told me that he didnt see any hair loss and simply mentioned Rogaine as a solution.When I started to get a phototoxic reaction and flulike symptoms, the resident physician said that it was due to cleaning agents and continued me on the Accutane.I later began to experience a plethora of physical symptoms ranging from fluid retention and swelling throughout my body, tinnitus, neurological issues, lesions on multiple areas of my skin, coughing and vomiting blood, etc.I eventually had to cycle multiple ERs and specialists.Boswell allowed me to continue seeing multitudes of specialists, all the while assuring me that none of it was linked to Accutane.He instead, blamed it on “stress.Lo and behold, I was later informed by several specialists that I was experiencing severe side effects and interactions from my prescriptions.I was diagnosed with a severe drug allergy, medication-induced disorders, and the list goes on.I have to now continue to see other specialists for gastrointestinal and neurological problems and do as much detoxing as I possibly can.Accutane also killed my salivary glands and I now have severe dry eyes and dry mouth to where Im at increased risk for other diseases and complications.Ive had two fungal infections and even have muffled hearing in one ear, as Accutane turned out to be an ototoxic drug.I was also not informed that Isotretinoin makes you look older, because it kills the glands that moisturize your face.In reviewing my chart and researching Accutane, I discovered that it is a chemotherapy drug and that Boswell went at least twice over the FDA recommended dosaging levels.He miscalculated my dosage and upon questioning him, I had to watch him fumble around with a calculator and then justify it.He stated in the chart phrases to protect himself from any liability without ever informing me or verifying the information, such as “no history of depression/SI/IBD, “will inform if develops flu-like symptoms, “cannot have surgery, etc.Several months later, I still have neuropathy, muscle weakness, muffled hearing, and now have to undergo various procedures to see what is going on with my health.Its nice that he doesnt care, but I may have to live with the damages (including the financial expenses).I would never wish upon anyone to go through what I have undergone in the past year.I feel incredibly betrayed, and I regret the day that I ever stepped into this office.You deserve to have the full facts prior to any drug treatment.Give your business to a doctor who truly cares about your well-being. 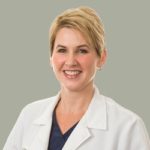