This is an archive of a consumer complaint published against Dr. Scott Silverstein at DirtyScam.com-

After looking online and asking few of my friends, Dr. Scott Silverstein seemed to be the nearest option from my place and a good one too.That is what the reviews from few known people explained to me.I looked every where to find more options and doing a research for two days, I decided to meet Dr. Scott for getting things right with my knee pain.I straight away went to the clinic to schedule an appointment with him.However, I was very disappointed to know that the appointments were all packed up for the next 45 days.I asked if I could meet him for few minutes consultation looking at my condition.He could have suggested a pain killer or something until before deciding the surgery date.However, the receptionist did not give any damn about my condition.I was desperate and decided to wait for next 45 days as I have been waiting for few months now.On the date of the appointment, I reached 10 minutes earlier.There were other patients waiting for doctor who were also waiting for more than 2-3 months.Apart from the scheduled time, the doctor reached 2-3 hours late and straight away went inside his office.He did not mention anything about the delay and seemed arrogant.The patients were given way to reach out to him and my number soon arrived.He was not taking more than 5-10 minutes to talk to each patient.When I entered the office, I asked for a reason for such a delay and I was very polite.He answered if I did not like waiting, I should have left.The answer shocked me. The question was just due to curiosity.However, I ignored the same. I was in pain and needed quick relief.He wrote down some medication and asked me to arrive after 15 days for the surgery. I asked if it would be painful or after surgery tips.As usual, he said it would be fine. He did not provide much information.On the date of surgery, he was again late.In between, whenever, I had any questions, I was never connected to the doctor.Instead, I had to call the reception for updates on dosage and medicine change.Before surgery, I asked him if it was painful and he said it wont be.I had heard other patients screaming and was scared. The pain was huge.He did not use any anesthesia. I was in immense pain.I even knocked out for few hours because of the pain. According to him, I had knee effusion.This means that my knee were inflamed. The entire surgery was unsuccessful. After bearing so much pain, I had no relief.I have never met such an arrogant and irresponsible doctor in my entire life.This person is a monster.Doctors are polite and empathetic.But, this doctor is full of crap. 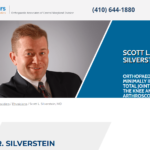