This is an archive of a consumer complaint published against Dr. Shawn Hassler at DirtyScam.com-

Dr. Shawn Hassler appears to be a good doctor, especially if you are HIV postive or have AIDS, however I dont think I have actually met him because he is “so busy.I have been going to his office over 10 years but have very few medical problems (I am not in the HIV category) and generally saw the former physicians assistant who has left.I went in yesterday with pretty bad pain in my abdomen and saw the new PA and was not impressed.He had me go to CPMC for an ultrasound but when I got there the order was for an X-ray.I called the office and they confirmed it should not be an x-ray but a ultrasound.They were to send over a new order but CPMC claimed they didnt get one and ended up doing both.I left and called the doctors office to find out if they could help with the pain now and they said they would get back to me, which they didnt that day or the next.I called the next day to find out if the test revealed anything and was again told the “doctor would get back to me, which still hasnt happened.It appears they are over worked and low on the skill of actually caring about patients but like to make referrals for tests.I plan to change doctors as soon as possible. 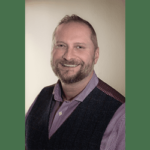