This is an archive of a consumer complaint published against Dr. Stanley Jacobs at DirtyScam.com-

I had spent a lot of time researching different surgeons to remove excess fat under my chin and along my jawline in both Canada and here in the Bay Area.I came across Dr. Stanley Jacobs and based on previous reviews, decided to go for a consultation.In the consultation we thoroughly discussed my expectations which he said he could easily meet.The procedure on which we agreed was to entail three incisions; one under my chin and two on either side of my jawline below my ears in order to reach the jowls.On the day of the surgery everything seemed to go smoothly. His staff was extremely comforting and helpful.The surgery itself seemed to go by extremely quickly and after it was completed Dr. Jacobs informed me that he only made the one incision under my chin and was able to reach all of the areas discussed to achieve the result on which we agreed.I was disappointed and skeptical that the same results could be reached by means of the singular incision.Dr. Jacobs explained that I looked very uncomfortable on the operating table and that is why he only made the one incision under my chin instead of the three that were previously discussed however I remember distinctly feeling extremely relaxed and found the sensation almost fun (weird).That being said, even if he did perceive me to be extremely uncomfortable he assured me that he was able to get the same results by means of the singular incision.The surgery was March 1st and Dr. Jacobs explained that I would see results after three months and tightening could continue for six months to a year.After almost five months I have seen no results. I have lost approximately 10-15 lbs on my own (179 down to 165) and there are no perceptible results around my jawline and jowls, and very minimal results under my chin.Two of my best friends in the city are well respected doctors with substantial experience performing cosmetic procedures.They were aware of my journey and were monitoring the results.They too were shocked at the lack of results and suggested that I try Kybella because of the lack of results.Both doctors were extremely skeptical about the amount of fat that Dr. Jacobs actually removed and said that there was still plenty that could and should have been removed (hence the Kybella suggestion).I am extremely disappointed with my results and as a student who used his own money to have this procedure performed I feel incredibly taken advantage of.I am not one for writing negative reviews in general however after completely wasting my money for this expensive procedure with no discernible results, I am at a loss for words.I would not go back and I do not recommend Dr. Jacobs. 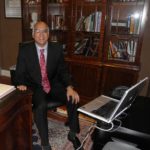