This is an archive of a consumer complaint published against Dr. Stephanie Chun at DirtyScam.com-

I went to see Dr. Stephanie Chun for my annual exam- it was an okay experience.She wasnt very friendly, but did what she was supposed to.Although I did notice that her office took much less history than my previous one had.She wasnt very interested in answering questions, that was for sure.A few months later, I experienced a problem of sorts Ill spare you the details.After a very brief exam she told me that she thought I had an STI or a yeast infection (despite the fact that the first would be pretty nearly impossible) and prescribed 2 creams.She was very cold in telling me this despite the fact that I was in tears and shaking.Two weeks later she told me that the cultures she took were negative (good news!), but she was still waiting for my bloodwork.Well, she hadnt ordered bloodwork for me, so I never got it done.Another two weeks post getting bloodwork done and that comes back negative.Dr. Chun was on vacation and when I asked what I was supposed to do then- having no idea what couldve been wrong- I was told to use neosporin.Finally, tired of paying out of pocket for all this nonsense, I went to City Clinic, where I was informed that there was no way I had anything close to an STI and probably it was more a skin thing that I could treat relatively easily but that since it had gone on so long I probably would have to deal with it pretty much forever.Oh, and also that I was clearly allergic to neosporin. Thanks Dr. Chun- not only did I waste a lot of money and develop an allergy to neosporin, but I also started breaking out with these awful, painful cysts as a result of the stress from all this.I strongly warn against seeing Dr. Chun- she doesnt take time for her patients and doesnt seem to care too much.Also, I dont put too much faith in a doctor who cant tell excema/dry skin from an STI (even I was able to determine that it was an unlikely diagnosis based on medical texts). 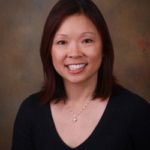