This is an archive of a consumer complaint published against Dr. Su-Mui Kuo at DirtyScam.com-

Dr. Su-Mui Kuo Is The Worst doctor ever. A nightmare. ZERO STARS.Im a pretty new patient and Ive been to her clinic 3 times. Every time I went, she was late.The first two times, I was just a little irked but it didnt bother me very much.However, after my most recent appointment she had shown her true evil colors.I came about 10 min early in the morning and the woman at the front desk told me doctor was going to be late and that she was going to come, in about 30 minutes and there was a room full of people waiting before me ok, so I told her I was going to go out and come back since itll probably take more than an hour until my turn.She said ok and I left. Thirty minutes later, I came back and the doctor was still not there.She finally came in. But I sat there waiting for almost an hour.I asked the lady in the front desk, how much longer is it going to take.The doctor apparently heard me and got pissed. She brought me in.Checked height, weight, eh. Then she asked the front desk lady, “Was she late? I was not sure if she was talking about me.The lady answered with, “Yes, alittle bit. WTF.I went into the other room to get my shot. I walked in, sat down, and waited for the doctor some more.Then she stormed in and didnt greet me or look me in the eye and said , take off your sweater. Um, ok.Then she started lecturing me on not picking Saturdays for appointments.And the started ranting about what she had to do and how she doesnt have time.I understand that she might have had something important come up.But she was so rude about it! Then she babbled on about how I WAS 10 MINUTES “LATE.As a patient, I find this very unprofessional. She doesnt apologize about being late, making me wait so long.Instead, she rambled on with excuses, making me feel like it was MY fault.Then I am falsely accused of being LATE. TERRIBLE, TERRIBLE experience. 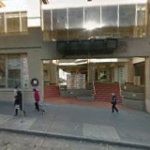