This is an archive of a consumer complaint published against Dr. Sumrell A Brad at DirtyScam.com-

Dr. Sumrell A Brad Does not listen or care about his patient. Took 2 minutes for a physical which should have been more than 15 minutes since my son had a lot of medical issuesthe NP took more than an hour to do complete physical on my daughter and ran a battery of tests to make she was healthy.Then went in for sinusitis, did not believe my kids are prone to sinusitis due to allergies and said it was a virus, a week later she was so much worse, almost bronchitis and had to take to urgent care and ALL of us ended up catching sinusitis.Urgent care said sinusitis. Called Peachwood back and asked to be transferred to different pediatrician. Lady was rude.Went to a different pediatrician who took their time and listened since my son had ear infectionwas afraid he would say that my son had a virus and not prescribe anything.Stay away if you want your kids to get well. 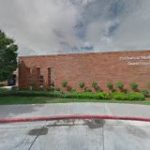