This is an archive of a consumer complaint published against Dr. Vladimir Grigoryants at DirtyScam.com-

I went to Dr. Vladimir Grigoryants for my deviated septum. The problem was minor and he suggested that it would be fixed without any problem or side effects. I had checked his website and it seemed really nice. The before and after pictures were amazing and that was the only reason why I chose him over other doctors. Moreover, people had written fantastic reviews about him.However, it turned out a nightmare for me. I would really like to talk to those who have described him as true artist or they do not even exist. Because the way he ruined my nose, I believe he is a monster and all those reviews are fake.There was no complication in my surgery and dr. Dr. Vladimir advised that there would be easy procedure involved. But I ended up becoming disabled. Instead of fixing my problem that was the deviated septum, he wrote in the report that the septum was already straight. He did my rhinoplasty and afterwards I started having breathing issues. With that, I had constant nose bleed. The problem was worse and I started having hearing problems and issues with eustachian tubes.Before surgery, I was fine. I never had hearing issues. Even my nose was functioning fine and there werent any breathing issues. Dr. Grigoryants intentionally extracted a lot of tissue and cartilage from my nose. This is the reason why my nose collapsed right after having a very primary surgery which he did. Not just that, I also suffered from internal and external valve collapse. The reason is his surgery.I met many ENT doctors and rhinoplasty surgeons who spent hours listening to my pain. On the other hand, dr. Vladimir did not give any shit about what he did to me. After the surgery dr. Vladimir told me that he would shave the spur on my nose bridge he left during the operation. He told he would use a numbing cream to perform the procedure.Which he did but in turn further damaged my upraorbital and supratrochlear nerves. Because of the nerve damage, I have pain with sinus. I never had sinus as well. My breathing issues worsened.Thereafter, I left reviews on this website and people started threatening me. I started getting calls. The messages read that I was some kind of competitor and not a real person. I feel sad.When I tried to know more about the doctor, I came to know that there were other patients too who were victims of dr. Vladimir Grigoryants. This guy had the nerve to offer me a refund in exchange of signing a form depriving me of my rights of talking about the operation.I only know how I feel after the surgery that was supposed to be simple and free of complexities. I understand that there is nothing I can do but I certainly can warn others. I do not want any girl in her 20s to go through such experience.Recently when the problems started getting even worse and I started having issues with my mouth and lip function as well, I discovered that Dr. Grigoryants had cut my septi depressor muscle too.Also because of his fake report, other doctors are not able to help me. As doctors mostly depend on reports, I am deprived from getting right help.He intentionally destroyed the reports and I know for what reasons. This has caused me further mental pain. I am not able to reach out to other doctors as they keep getting confused about the condition I am currently facing.A nose has its own vital role in everyones life apart from being one of the attributes for appearance. And, because of dr. Vladimir, forget about good looks, I am a disabled now. I have problems with my mouth, nerve damage and my nose collapsed. And, this are just few complications to note.I have been fighting day in and day out with different issues and in a fear that I may witness any new problems anytime. This doctor is a shame for entire profession. We consider doctors nothing less than god. And, this one is just opposite of that. He is a monster and cold hearted prick. 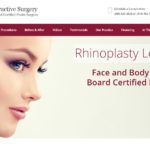