This is an archive of a consumer complaint published against Edward Chiang, CPA at DirtyScam.com-

I recently switched CPAs and found out Edward Chiang was charging me over double the amount I just paid tonight for the same services using a different CPA in San Jose, Ca.I wish he would have just told me he didnt want or need my business like a man instead of disrespecting me. Because of that he deserves and earned this review! 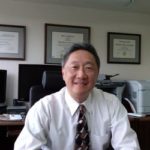