This is an archive of a consumer complaint published against Edward M. Gardner, CPA at DirtyScam.com-

This is about my experience last year. I thought it would be most beneficial before you make your decisions for Last year.Ill start with the good, then go into the weird, inappropriate, and ice the crazy-cake with the illegal.The Good:I was able to book to come in over my lunch break before a series of business trips and difficult-to-schedule-around times.I had been able to schedule pretty last minute, only a few days in advance.The weird:He loves to talk about himself. Even the stories where I would try to end the stupid things by saying flat-out things like “I dont care for country music I still got to hear about how he did taxes for the parents of Lyle Lovett and a story about how Julia Roberts left a trail of clothing for Lyle one night that the parents came by. I was not amused.Saying “I hate football didnt get me out of another lame story about another topic Im not interested in.He was also bragging about owning the building where he does business.I kind of expect people in their 60s to have a few paid off assets. Why is this a topic of discussion?The Inappropriate:I do not know how he handles other people, but he gets really weird around 20-something females.I was told all about different places I should go to meet men like bowling alleys, church, and dance classes.There is apparently something very wrong with a woman not being married at age 27, according to Ed.So he said what he could to “fix this flaw of mine. Because “good men are everywhere [I] just need to look. I just laughed at that line.That little nugget happened around the 40 minute mark, causing yet another glance at my watch and thinking “Dont walk out.You dont have time to do this another day. Dont. Walk. Out. You have a maximum of 20 minutes left. You can do it!As the end became nearer, I asked more frequently for an estimated departure time and reminded him that I had to get back to my office.I got Eds name from Dave Ramseys website. I was severely admonished for not completely following Daves plan.Which, 1- I did not come for financial advice, I came for taxes 2- My finances are my business, not anybody elses.I was also told that I was too young to have bought my own home. Thanks for your stupid opinion.He also talked crap about my sportscar and offered to let me use his Toyota fleet account to get a Toyota.If I wanted a Toyota, Id have one, but thanks for your stupid opinion.To top things off, he asked me how much I was hoping to get back. “I dont know. I didnt think much about it. I need to get back to my office.Then he kept asking and told me about how he has a program in his office that if he gets somebody more than they expected, they give him a hug in return.He probably asked me to make a guess 3-4 times before I told him I needed to get this done and leave.He looked at me strangely and explained that the hug was optional If I wanted to, it was okay with him.My thoughts: “Yeah, you old creepy man, Im sure youd love to get cozy with me, but there is no freaking way.The meeting ended with him in shock that I didnt have hundreds of dollars of cash on me as he had a $250 fee and only accepts cash.His schedule-maker didnt bother to tell me that.This started him, again, on how I should follow the Dave Ramsey plan (Note: for those of you that havent read the Dave Ramsey books, you pay for everything in cash and keep envelopes of cash for different categories. Ex: grab the Grocery envelope of cash before grocery shopping).The illegal:I guess I was near a lower tax bracket if I had upped my charitable giving a bit.Ed offered to say Id given his charity a nice sum of money around Christmas.He told me all about it something about a truck full of things and accepting monetary donations around the Meyerland area and how I should volunteer and help him out the coming year.Think of all the ways you can say no. And just keep repeating those.No, Nein, non, niet, lo, nej, bu, ne, na. Any of those will do.This guy should not be in contact with humans, especially in this setting, with such poor tact.I still cannot believe I did not walk out. My schedule must have been more insane than I remember. 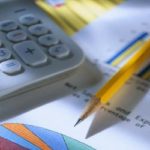