This is an archive of a consumer complaint published against El Bloquecito Income Tax at DirtyScam.com-

El Bloquecito Income Tax is a lack of costumer service. Lets start of by saying that the owner of this place does immigration job for customer when she is not a lawyer.She will scam you and try to get money from you. This is not the place to go to deal with an immigration case. Go to a real lawyer..My brother came here for immigration service. His case was in process when tax season came.He was waiting for a paper and He called Glenda the owner to see if the paper from immigration was here and she said that immigration hadnt reply.My brother called the immigration office directly and the said they had a paper a month ago and even gave my brother exact date of when it got sent and a confirmation number.My brother called Glenda back and she said she was busy and could help him out.My brother went to the shop the next day and she said that the paper had just arrive.Now that he received the last paper from immigration He went to her so she can give him the last packet for the case to be complete and close and she was being super rude and said everything was In the packet that her job was done there and there was nothing else she can do.obviously there nothing else she can do!! She is doing jobs that she cant do if she does something wrong it wont affect her and of course she doesnt care shes getting easy money.DONT GO HERE FOR A IMMIGRATION CASE GET A REAL LAWYER SHE WILL JUST GET YOUR MONEY.Este lugar no sirve para casos de imigracion la dueña del local Glenda no es abogada es notaria Los casos de imigracion son importantes es megor ir con un abogado.Esta señora solo quiere sacar dinero y si ella ase algo mal no le va a importar la gente ella lla a ganado su dinero.Glenda no save nada de servicio al cliente. 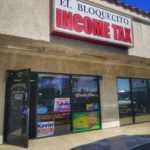