This is an archive of a consumer complaint published against Eli Schneider  Keller Williams Brentwood at DirtyScam.com-

Nobody wants to write a bad review  we had very high hopes for Eli Schneider  Keller Williams Brentwood when we started to work with him.He pitched himself as honest, available and trustworthy, contrasting himself against his former mentor in New York.We met him at an open house and were taken with his understated manner.Its very unfortunate that he did not live up to our expectations.Everybody is different and you might like working with Eli.If you choose to work with him, heres a bit of advice:1. Do not, under any circumstances, sign an exclusive agreement with him.There is no requirement to sign an exclusive with any agent when youre buying a property, and more experienced agents will chuckle if you tell them youve signed one with anyone.In our case, Eli attempted to sign us to a 6-month exclusive, and then relented when we asked for 3 months.When we decided not to go forward with Eli, he agreed to release us from our exclusive, but in doing so he claimed to have introduced us to nearly every property on the market in Los Angeles that loosely met our criteria.When we pushed back, he went silent. So, effectively, hes claiming we would owe him a commission if we wound up buying any of these homes.Repeat: signing an exclusive agreement is NOT required, and there are plenty of agents that will work with you without one.If Eli insists, or refuses to work with you if you dont sign one, you should go elsewhere.2. Make sure he promises to be around at critical moments.In our case, Eli was very available when we wanted to go and look at properties.But at critical moments when we wanted to place a time-sensitive offer, he unexpectedly disappeared for hours at a time.Were not saying that we expected to have 100% of his attention at all times, but its about managing expectations and letting us know when hes going to be available, especially when time is of the essence.We believe that its important to know when your agent is going to be unavailable. You can make your own decision.3. Challenge his assertions. Again at moments during the offer process, Eli gave us contradictory information.This may not have been his fault  we have no guarantee  and he may have been telling the truth, but as an example after we had submitted an offer on a Thursday, he told us that the seller would not be reviewing offers until the following Monday and that we should relax and enjoy our weekend.And then, on the Sunday, we got frantic calls from him telling us that we had to urgently respond to a counter-offer.When we told him we didnt want to counter-offer, he called back and insisted, telling us that the seller “strongly suggested we counter-offer.Again, theres no way for us to know what was going on behind the scenes, and Eli may have been being forthright.But if you choose to work with him, you should challenge everything he says.4. Treat it as hyperbole when he says “I just found your house.Hardly knowing us or what we wanted, Eli insisted he had “found our house. We were both skeptical and told him so, but giving him the benefit of the doubt, we went to look at it.It was in a neighborhood we told him (and he had told us) we didnt want. It lacked many features that were “musts for us.And coincidentally, it was being offered by another agent in his office. Draw your own conclusions.Theres more, but I think our experience speaks for itself. When we asked Eli what service he was providing  because we were doing all the research, presenting him with houses we wanted to see  he said that his service was “talking us up as buyers to the seller.If thats the key service you want out of your agent, Eli may be the guy for you.If there are other things you might want, I invite you to tread carefully.And one more time: Do not sign an exclusive agreement, no matter what. 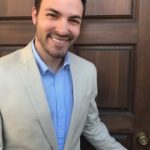