This is an archive of a consumer complaint published against Elizabeth Financial & Tax Services at DirtyScam.com-

After a disastrous experience with our previous tax person, we went to Carol. The first year she did our taxes, everything was great and we were extremely satisfied.The second year we were in the midst of life changing events and didnt double check the return, even though the amount we had to pay seemed high.It wasnt until this year when it was time to file again (using a different tax person because of a move) that we discovered a big mistake on the previous years state return.Which was why our tax bill was so high. Trying to get Carol to look it over took a lot of phone calls and emails and many weeks.When she did actually call back it seemed very difficult for her to realize or admit there was a mistake.She did a quick calculation to give me the amount of tax that should have been due (which would have resulted in a refund for that year, not a payment) and said she would get me the amended return as soon as tax season ended.Well, 2 months and more emails and phone calls later, we still have no resolution and now Oregon says this years return was incorrect, which for them is true, since the amended return hasnt been done yet.We all make mistakes, but its how you handle them that makes the difference.This one is not being handled correctly! 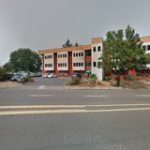