This is an archive of a consumer complaint published against Ella Financial at DirtyScam.com-

My experience with Ella Financial was nerve racking and stressful and resulted in me having to hire a Real Estate Attorney because so many fundamental mistakes had been made in the selling of my house.Chris Harris is in my opinion incompetent as a real estate agent.He is dishonest for not paying the attorneys fees that he agreed to pay  telling me that he never agreed to pay them.He made false statements to us with regards to what we were entitled to as a seller  claiming that it was okay to sell a house without an “AS-IS clause.Our attorney told us this would open the door to us potentially being sued for 4 years in the state of California.He stated “facts that he later recanted. We were told the offer on our house was “AS-IS  it turned out that it wasnt and then later he claimed he never said it was.We were very explicit that we did not want the drapes to be included in the sale and he said that they were not.At close of escrow he had $5k taken out of his commission for the drapes that the buyers thought they were entitled to  he had quietly negotiated this with the buyers realtor.Kudos for him living up to his responsibility, but it should not have been an issue had he read Paragraph 4 of the standard contract.The buyers had a 7 day contingency period. Day 7 came and went and any reputable real estate agent would have filed a “Notice to perform within 24 hours.A reputable agent would have had the back up offer in hand so that we would not feel bullied into accepting anything the primary offer threw at us.Chris claimed that he did everything that I told him to do. I am not a real estate agent.Until I hired an attorney I had never heard of a “Notice to perform.How could I know to ask him to do that? I told him that I just wanted the contingencies removed so that I could start to plan our move out of the house. In the end, I had to pack a 3700 sq foot house in 1 day!We initially had 3 offers. In my opinion, a reputable real estate agent would keep an open dialog with the other offers so we would have a backup offer.A back up offer gives you confidence to not accept unreasonable demands from the “accepted offer when you are 7 days into the negotiations on the contingencies.Without the backup offer we were in fear that if we lost the original offer we would be back at square one  so we accepted terms that in retrospect I feel we should not have.When the contingencies had not been lifted by day 12 of a 14 day close I had to hire an attorney to right the ship that Chris had run aground.We did not have the buyers earnest money at play for 14 days (we had to extend the close to day 17).When a buyer has nothing to lose and you need to be moved out before he has any earnest money at stake they have you over a barrel on the negotiations.Our buyer was hand-writing in additional monies that were needed on a contract that the buyer typed up and we signed first.Had I not hired an attorney, we would have been on day 14 of a 14 day close without the buyers ever having lifted the contingencies and therefore they had NO RISK.They could have walked through the house and demanded another $20k for no reason and I would have had to accept it or live in an empty house for the next month!All of this headache and lawyers fees could have been avoided had Chris done his job properly. 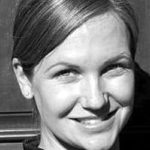