This is an archive of a consumer complaint published against Empower Retirement at DirtyScam.com-

Autoenrolled into this shit-stain of a Empower Retirement through my internship, despite opting out, they put me back in when it came time to process the first payment.These assholes took about $130 off my paycheck and refused to give it back until 2 months after it “vested (that or some other bullshitregardless it was waaay to long for what amounted to a refund).Once it came to that time I was given a few other reasons why they had to delay my payment.I cant remember what for, as it was three months ago and those reasons basically amounted to them being a bureaucratic hellscape.But finally I got them to start the refundonly after realizing, to my horror, that they “invested it.In the month that they had played it in the stock market, my $130 shrank to about $100. A loss.I would like to point out that this is the longest bull economy in our nations history, how in the economical fuck did they pull that off?Naturally, they took a fee for the refund, and then I incurred a $19 tax for early withdrawal of my 401k.The auto-enroll payment that should have never went through occurred in August, 2018.It is now February 2019 and I am looking at a $77 check from Empower.While I figure getting that back is better than forgetting about the account forever, Im still pissed that we live in a world where companies like this exist.tl;dr: Anti-consumer. Bureaucratic. Sucks at investing. They all probably eat babies 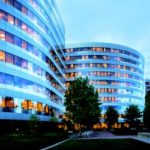