This is an archive of a consumer complaint published against Encompass Accounting at DirtyScam.com-

Do not use Encompass Accounting  Ryan is unreliable and will most definitely put your finances at risk.I began working with Ryan in October and for a few months things were pretty good.Then tax season came, and for the entire month of April Ryan didnt reply to communications.As a client, I had no idea if he did my personal or business taxes, or if I owed money or was receiving a refund.It took an in-person visit to actually talk to him in early May.He explained that an employee quit and instead of hiring someone new, he put his head down and tried to just do all the work and not communicate with anyone.He apologized for this error in early May, let me know he wanted to still work with me, and committed to communicate with me in a timely manner.This didnt happen at all. Ryan ignored dozens of emails, phone calls, and texts throughout May and early June.I couldnt even get in touch with him to let him know I was going to use a different firm.I have a friend also is a client of Ryans, who had a similar experience. On June 7, Ryan sent my friend an email that he hired a new employee who would begin next week.On June 8, Ryan sent me an email that said he wasnt “doing accounting anymore and would mail me the appropriate documents and good luck.The emails were sent 12 hours apart, but hes clearly lying to someone.Also keep in mind that my taxes were never filed, and he hasnt been doing any bookkeeping, both of which are services I pay him for each month.He promised a refund, but of course hasnt issued it.In closing, Ryan cannot be trusted.I would encourage anyone reading this to find any other accountant on earth. 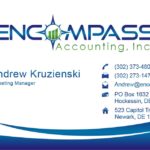