This is an archive of a consumer complaint published against Eric Dunlap  Portland Loan Team at DirtyScam.com-

Eric Dunlap was friendly and helpful at first. However, I received a significantly better rate and deal from another bank and asked if he could match it.This loan would save me ten of thousands of dollars over the lifetime of the loan over what Eric offered meInstead of acting professionally and stating he could not match it, he became defensive, abrasive, and short tempered His loan was not competitive and his surly behavior showed a level of immaturity that i had never experienced from any other loan officer.Sometimes you lose a deal and you do so with grace and dignity and hope for future business down the road. Eric obviously likes to burn bridges once he knows he cannot win your business.Therefore I would never recommend anyone do business with someone like Eric.His true character showed once his firm could not offer a competitive product.Avoid him as there tons of other more professional mortgage providers out there.. 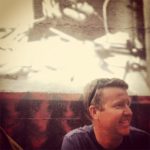