This is an archive of a consumer complaint published against Executive Lending at DirtyScam.com-

The worst place to come for refinancing. I brought my paper there to refinancing my rental property.They didnt do anything even though I kept calling to ask for my loan status.The guy named Son Dang at first told me that he already locked the rate 3.875, no point no fee.But after more than one month later, he called me and said a different rate that was way higher, more than one point plus with the fees of total more than 6k.Turned out, he kept my file frozen there and done nothing til the rate jumped.I did tell him my case to see if he can do. He sounded so good and positive.But all was just BS. 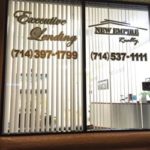