This is an archive of a consumer complaint published against Expedia Travel at DirtyScam.com-

My wife and I were planning a holiday around a beach. We talked to someone from Expedia Travel to book the flights and tickets as well as hotel facing sea. The person told us that there were rooms available with the Presidential Suites Cabarete and told us to pay the advance amount for booking the hotel.We checked the photos that they sent and we liked the hotel. We sent them the money. The very next day, my wife called me while I was driving to home from office and told me that the hotel that we agreed for booking is not close to the beach but on a busy road. The hotel was also not like the one we received pictures of.She was just googling on the internet when she found that out. So, I called that agent right away and asked about the same problem. He told us that the pictures are of a sister hotel that is only for members. As we were not the members, we are not allowed to stay there.I asked why he sent me those pictures then. He had the perfect excuse ready. He told me that the pictures were for someone else. He was talking to some other person who was the member of the company and those photos were intended for him.So, I asked him to cancel the booking as we decided to book tickets to some other resort that we had stayed the last time we went for the holiday. We liked that place. Only for few discounts, we got into these goons tricks.He said that he would initiate the refund. After two days, when I did not hear anything from him, I called him and he told me that the refund cannot be made because the rooms were already booked with Presidential Suites Cabarete. And, the hotel does not have the refund policy. Once the advance is paid, it is not returned.After listening to that, I called the hotel. I wanted to talk to them directly so to convince them for refund. I was also ready to pay the cancellation charges. But, the amount for the entire room did not seem justified.When I called the hotel, they confirmed that there was no booking made on my name. They said that they never even received any request from Expedia Travel as they were completely booked for the day of our arrival.I was shocked. I talked to this agent and told him about my conversation with the hotel. He started being rude. He said that I had gone beyond their policy. I was not a member and I was not restricted to follow their policy. I did not even book my holidays with them.I asked for refund and he disconnected the call. I have been calling since and no one ever answers. I even tried calling other numbers of their office. But no one is certain how to help. 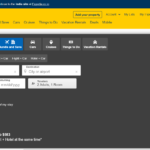