This is an archive of a consumer complaint published against FC Lending at DirtyScam.com-

The Agents at FC Lending are out for themselves and only themselves. They are nice and willing to do and promise you whatever until the loan closes.My wife and I had a home build with Plantation Homes and went with FC Lending because they were the preferred lender by the builder.The first incident was the loan officer with FC Lending ran our credit without our knowledge and he stated that he wanted to make sure we would qualify for the new FHA guidelines.The thing about this that we never expressed any interest in an FHA loan.He decided to this without our knowledge and it was long after the first time we had our credit ran.. So this actually hurt us in the long run because of the amount of inquires.The loan officer then got us mixed up with some one else and thought we were closing on our home in May or June, when in fact we had not even had our first meeting with the design center.My wife and I spoke with the builder about our dissatisfaction and that we did not care about the extra incentives and we would get our own lender.The loan officer then calls us immediately and stated that he and FC Lending would pay for our appraisal in good faith.This was his way of trying to save the deal. We stayed with them but we never got our appraisal paid for.We were told to go ahead and pay for it and we receive a credit afterwards.We did not even receive our HUD statement until midnight before the closing.The officer then calls while we were on our way to the closing and begged us to give him and his processors good ratings on the survey that we would take at the end of closing.. He stated that appraisal reimbursement would be mailed to us, it never happened.The integrity of the loan officer and the company is horrible.The sad thing is that I have everything in writing and on voice mail, but we are not the ones to sue, but we can write as many reviews as we can so that everyone can be aware. 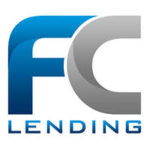